Charitable gifts in wills are on the rise. How can you make sure you’re tapping into the opportunity?
Acquiring Edit Lock
By Kate Lauer | Updated on June 6, 2019 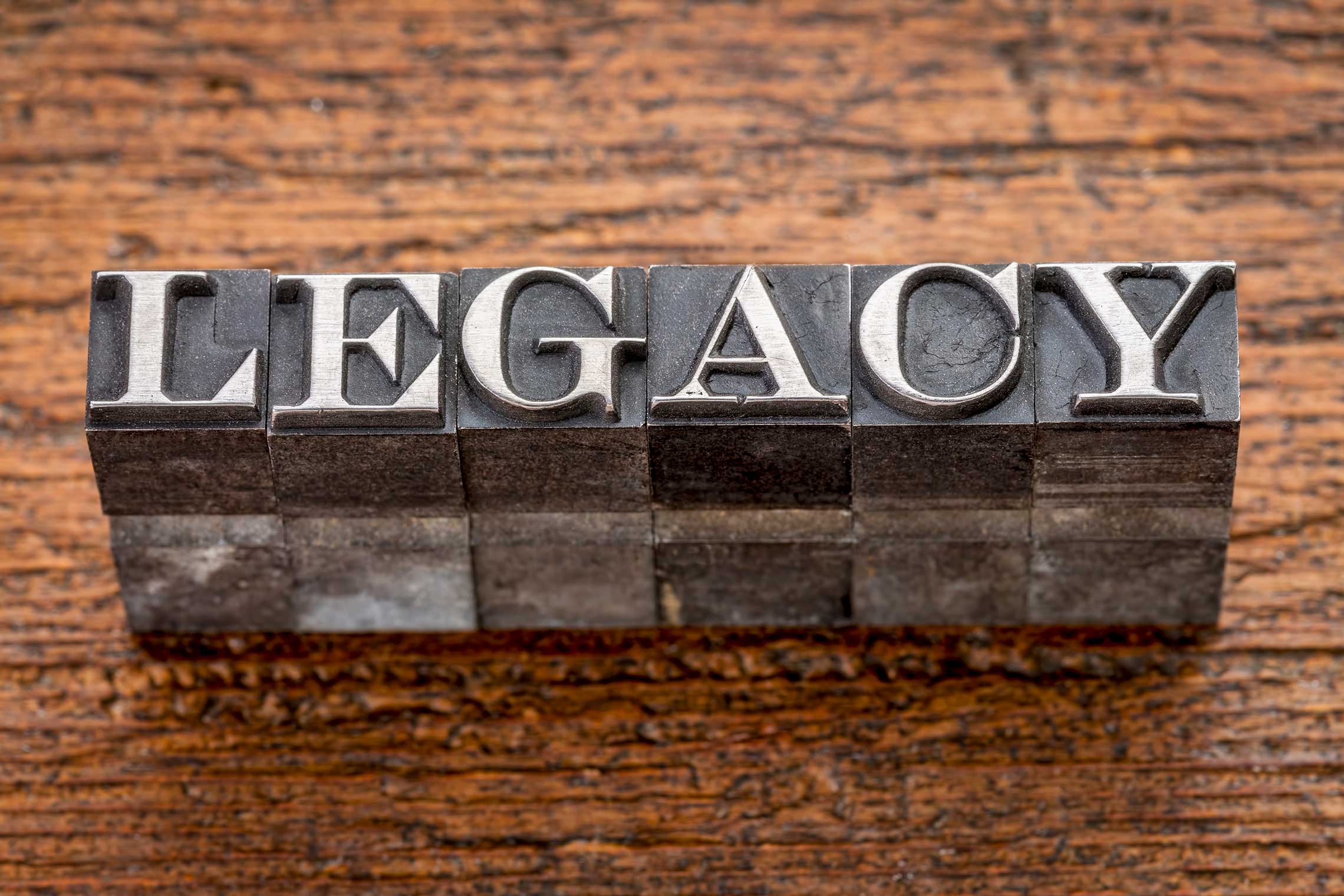 Don't miss out on gifts in wills

It’s a good time for charities to focus on legacy giving. The UK has an ageing population and those in the Baby Boomer generation — the wealthiest in history — are starting to think about passing on their assets.

But there’s also a big, untapped opportunity. Smee & Ford calculate that if just one percent of those who didn’t leave a gift in their will in 2017 had done so, an additional £97 million could have been raised for charity.

How can fundraisers make the most of this potential? MissionBox heard from experts at the 2018 Legacy Strategy Summit — here’s what we learned.

Visibility is key, and there are a number of ways to get the message across that your charity is looking for legacy gifts.

Think about embedding that legacy message across your fundraising activity — this will help to normalise the idea, and prompt supporters to remember you when it comes to writing a will.

Dan Carter, global legacy director at the International Fund for Animal Welfare (IFAW), gives an example: “People are inspired by your cause, so we use that. We’ll use a webinar to introduce the guy heading up our ivory campaign in Malawi and talk about the difference people’s support is making. But in that webinar we’ll also say something about the ways we’re funded — legacies being one of them.”

And consider creating a dedicated ‘gifts in wills’ page on your website. This can highlight the huge difference these gifts make, and let supporters know what practical steps are involved in signing up. Many people find the idea of making a will daunting, so an offer to help draft one can be a big draw.

“We launched a free will month in January,” says Domino MacNaughton, head of legacy promotions at Macmillan. “We asked people to consider making a gift and then offered to make it easier for them. A free will offer will definitely increase uptake … It’s a really useful tool.”

Charities might also consider joining Remember a Charity, which offers members free advice and support for donors wanting to write or update their wills. They also run an annual awareness week promoting legacy giving. Check out free online resources too: Charity Choice has a Gifts in Wills page with downloadable legacy and pledge forms and tools to help you create your own legacy giving web page.

Get internal buy-in and invest in training staff

Any new strategy needs internal support. Start with getting the backing of your board and senior staff by explaining the importance of gifts in wills as a funding stream, as well as the challenges.

Where to start? Get the right people together, says Jonathan Jacques, head of legacies at Save the Children. “Regular meetings that include the finance director and the fundraising director will help you build a strong legacy knowledge among your senior management team. Keeping them involved will lead to their buy-in.”

Explain that legacy funding is not a quick return, but requires sustained support. “Including a range of confidence figures on income forecast can be helpful in educating people around the challenges,” says Nigel Gorvett, head of legacies at Marie Curie.

Once you have support at senior level, you need to build a legacy culture within your organisation, making sure that your legacy team is visible, accessible and well trained. A knowledgeable legacy expert will inspire confidence by answering questions from potential donors and from your wider staff.

Use the power of data

Make sure you have a system in place that allows you to gather figures on legacy funding. Look at funders who have left you a gift in their will in the past. Are they male or female? How old were they when they wrote their will? What was the time lapse before you then received the legacy?

Once you’ve defined your typical legator, you can use this information to identify other supporters who fit the profile, and target them accordingly.

And keep this information up to date. When someone gets in touch about legacies, log the supporter’s status so that you can market to them more effectively. ‘Enquirers’ (who have requested information on how to leave a legacy), ‘intenders’ (who have said they will include your charity in their will) and ‘pledgers’ (who’ve already done so) might each require their own tailored marketing approach.

Research cited by speakers at the Legacy Strategy Summit has shown that of all those who pledge to support a charity in their will, only a portion will go on to fulfil that pledge. That portion can vary widely from one charity to the next. So how can you make sure your fulfilment rate is as high as possible?

“You can create a dedicated communications programme for that group where the message is reinforced about the importance of their gift,” says Jacques. In this way you can strategically steward them, perhaps sending them special content, such as a legacy pack, or inviting them to join a group or legacy events.

“We have stewardship events exclusively for legacy supporters,” says Joanna Ellams, associate director of individual giving at Royal Botanic Gardens, Kew . “That’s evolved from asking people what they want to do and how they want to be recognised. We have lapel badges for legacy intent so that when they come into the garden they can wear one and feel like a real part of what they’re giving to.”

And asking your supporters how they want to be communicated with is key. It’s important to keep in touch and offer continued reassurance about the choice they’ve made – but be aware that some may not want to be treated too differently.

“We have to make sure we’re clear on what it is that those people want to hear from us, and when; that we really understand the individuals and their needs,” says Gorvett. “At Marie Curie we involve other teams to help us communicate too — it doesn’t always come from a bespoke legacy communication or the legacy team itself.”

The best way to connect with supporters is to tell a story. And legacy giving is no different. If you can inspire someone and connect with their emotions, they’re much more likely to think about remembering your charity in their will.

“Tell stories visually ­— be that on TV, online or at an event,” Jacques advises. “Link the impact of a legacy and the people who have left a legacy — how they feel about it and why they’ve left it. That personal interaction normalises legacies, showing how they’re just another way to support your organisation.”

If you don’t have a long history of legacy giving, you can find other ways to present the concept that don’t focus purely on the financial aspect. Ellams offers a good example: “We talk about the restored glass house as being a legacy from the people who worked in Kew Gardens 150 years ago – they had the foresight to leave their imprint on the world. We want people to support our causes with money but it’s also about saying that a legacy is that sense of giving something after you’ve gone.”

“Leaving a legacy in your will is a life-affirming process — it’s more about life than death,” says John Bines, director of fundraising at the Royal National Lifeboat Institution — a charity that received £135 million in legacies in 2017.

And the advice is that when talking about legacy giving you should focus on the positive.

Richard Radcliffe, legacy specialist at consultancy Radcliffe Consulting says: “It is life-driven, it is only death-activated. It is a joyful gift, not a miserable one. And it is full of joy because it costs nothing. All the research proves that horror stories are a good donor acquisition story, but when you’re looking at cultivating and stewarding people they want to know the difference you are making – so it should be joyful.”

We all know that people are often scared to talk about dying. It makes us uncomfortable so we avoid it. But the legacy message can help to turn this around.

“We can tell people: we are all going to die, but you can have some control over what happens afterwards,” says Ellams. “You can have control in your will over how you support and carry on the things you love — both for your family and the causes that are important to you. And weaving in that message is actually incredibly empowering, to write a will and to leave a legacy.” 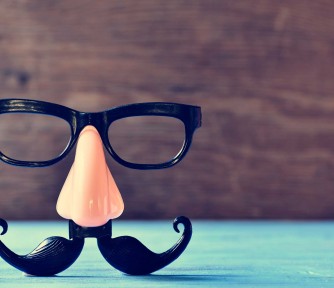 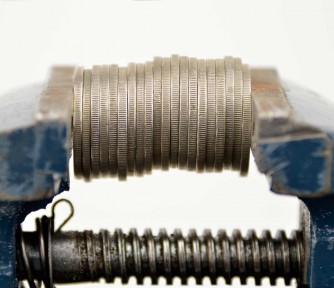 Are UK and US Citizens Becoming Less Generous? 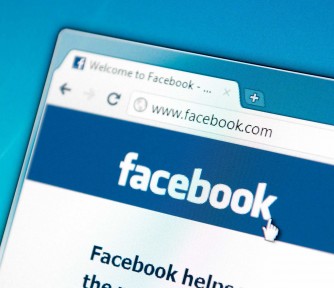 Reach More Charity Supporters With the Power of the Pixel 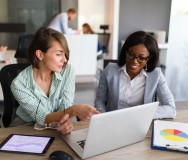